Parker’s Wish Day with the Panthers 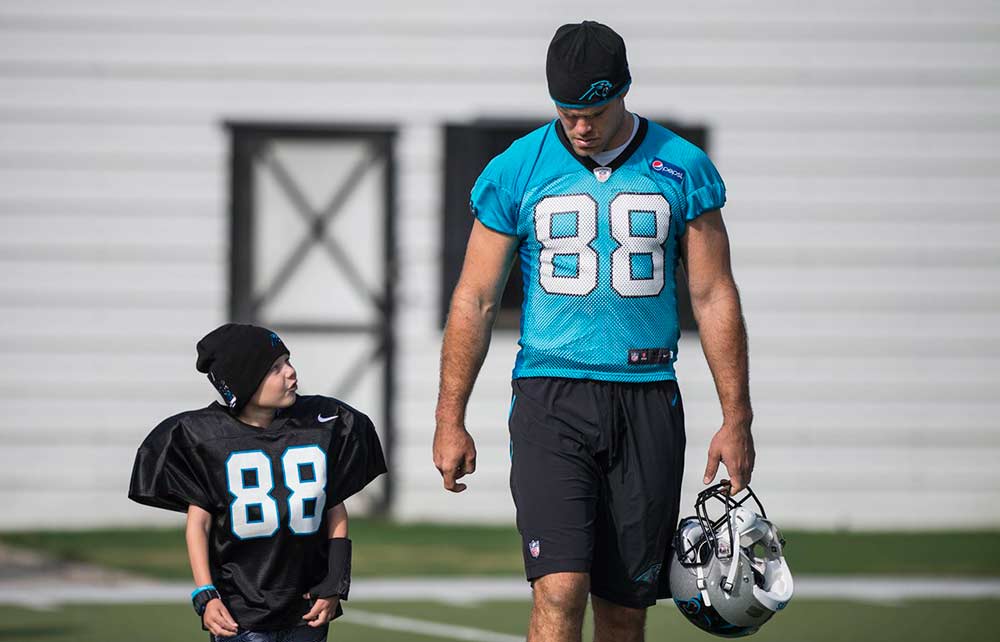 Seven-year-old Parker Cowherd and his family had just been through a lot. It was November 2015 and he had been diagnosed with a rare form of brain and spinal cancer. Soon after, he underwent surgery and began chemotherapy.

Then the Make-A-Wish Foundation got involved.

“Make-A-Wish reached out to us and asked what his wish would be,” said his mother, Allison. “We knew from the start it was going to be something with the Panthers.”

Head coach Ron Rivera and his players have granted several wishes over the years. Now it was Parker’s turn. 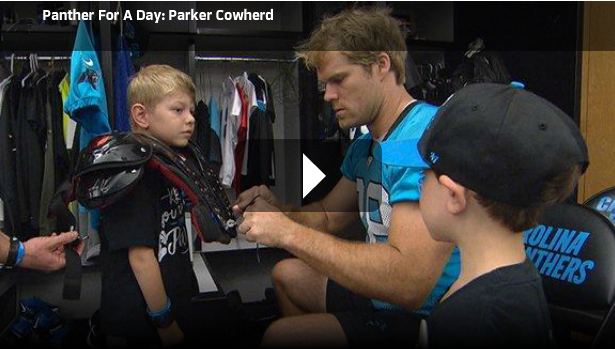 On Tuesday, Parker’s wish to play football with the Panthers became reality.

First, he was introduced to the players and coaches at the morning team meeting.

“Seeing him walk into the team meeting – all the players cheering and clapping for him – he was pretty star struck during that moment, but it was really great to see the guys so into this as well,” Allison said.

Then Parker went up to the football offices to sign his contract (and receive his candy compensation). Next up was a trip to the equipment room to get his practice gear. 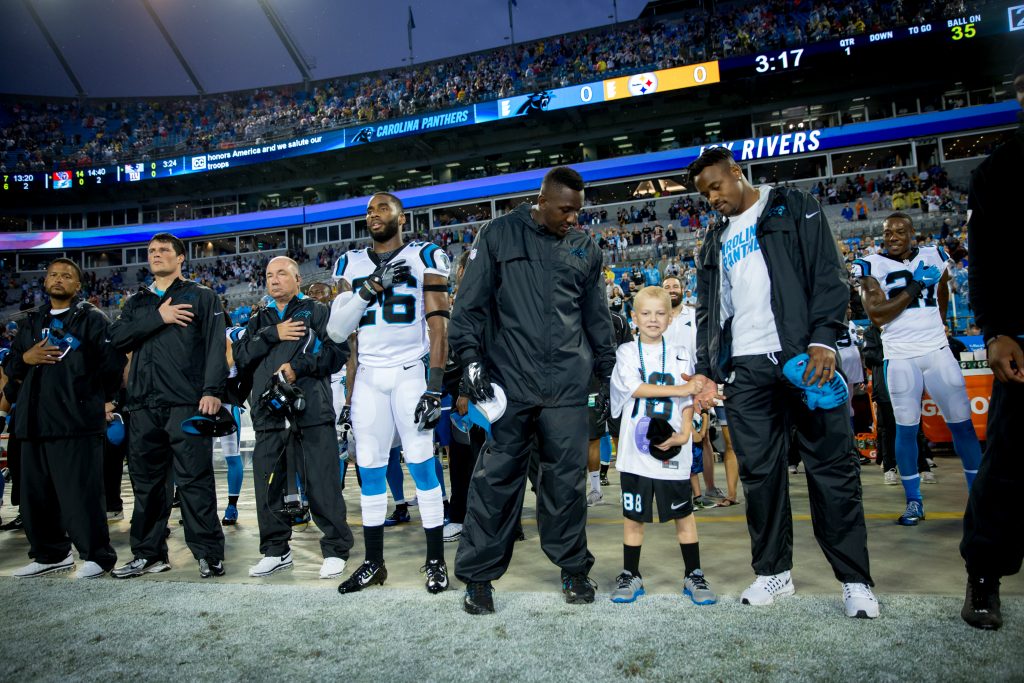 took over from there. The Pro Bowl tight end showed Parker around the locker room, and Parker helped him get ready for Tuesday’s OTA session.

“These are special kids. They have such an unbelievable outlook on life,” Olsen said. “It puts a lot of things in perspective. I was really fortunate to spend the day with Parker.”

They walked onto the practice field side by side, and Parker, sporting his own 88 jersey over comically large shoulder pads, wore a beanie to match Olsen’s trademark warmup attire.