You are here:
No One Fights Alone....

In 2017, we launched the Pounding for Parker Foundation, a non-profit organization dedicated to advancing research for pediatric brain tumors and improving the quality of life of childhood cancer survivors. 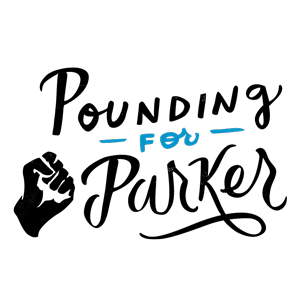 The foundation was born from a perspective that pediatric cancer does not have the awareness and more importantly, the funding for research that it deserves.

In 2015, Parker underwent a series of MRIs, which revealed a tumor on his spine. A biopsy revealed that he has an extremely rare glioneuronal tumor, more specifically a disseminated oligodendroglial cell-like leptomeningeal tumor. His cancer had disseminated down his spine and up into his lower brain. Parker has faced long-term therapy with the goal of stopping further growth. In the future he could face radiation therapy, additional chemotherapy or, hopefully, new more effective treatments.

Like nearly all cancers of the brain and central nervous system, there is no cure for Parker’s disease. This must change.

This is very rare!

The Pounding for Parker Foundation will focus on pediatric care and bring a local focus of pediatric brain tumors.

The amount of money going to pediatric brain tumor research is very small compared to other forms of cancer. We need to change this!

With that said, our long term goals are to fund researching efforts for treating pediatric brain tumors and to improve the quality of life of pediatric cancer survivors. We will use the progress of other non-profits to continue to grow awareness and financial support.

We will focus on how to better serve pediatric brain tumor patients with the lack of options for treatment, and supporting quality of life post-treatment.

All donations to the Pounding for Parker Foundation are tax deductible to the extent allowable by law.